10 Things Foreigners Should Know About France

France holds a special place in my heart, especially since it is one of the first countries abroad that I have traveled to. With that in mind, I bet that a lot of people have this country high up on their bucket lists — which comes as no surprise because France is the kind of destination that can easily seduce travelers, what with its art de vivre (art of living), grand culture, sweeping landscapes, charming cafe terraces, intricate architecture and many other attractive features.

However, what not a lot of people know is that there’s more to France than Paris, that there are several notions that are not true about the French… and so on, and so forth.

Surely I have met a lot of French people and are friends with some of them, but I feel that I’m in no place to tell you the real facts about their country and culture because it’s a whole lot better to hear it from a local! Hence, I have invited Anne to give you some of the top 10 things that you should know about her home country.

.
[special_font size=”20″ unit=”px” ]What to Do in France?[/special_font]
[icon icon_size=”30″ color=”#ed2665″ spinning=”no” icon_type=”theme-icon” icon_theme=”question-circle” circle=”no” rotate=”normal” ]Come and check out this list of the top things to do in France which features the best activities and tours to do in places like Paris, Lyon and more! 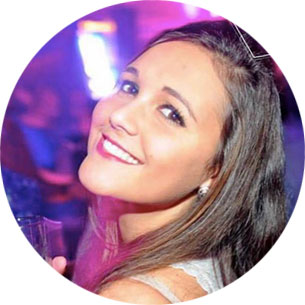 My name is Anne and I am a French born and brought up expat, currently living in (the beautiful and unique city of) Dubai.

I am the co-founder of the blog: What Doesn’t Suck, a refreshingly honest and joyfully offensive travel and lifestyle guide, that aims to provide tips and funny stories without all the nonsense.

For my home country, certainly, when people think of France, or Paris, a few words come always to their minds: the French girls, croissants, baguette, snails, “rude” or maybe beret.


You will be surprised to find out that a lot of cliches and ideas about France and the French are actually far from reality…
.

#1: France is NOT just about Paris.

When a French person is from the “Province” (outside Paris), they might equally if not be more proud of their city, and when people assume that they are from Paris — just because they heard them say bonjour — is always kind of annoying.

There are many beautiful cities in France, some of which are Lyon, Biarritz or Nice, so don’t hesitate to step out of Paris once in a while because you will be surprised!

#2: A typical French breakfast is NOT what you think it is.

A French breakfast is always seen as the classic dark and strong coffee with a croissant or pain au chocolat.

While this is true for breakfasts “on the go” and romantic breakfasts with your new lover, usually however, big families tend to not have croissants since they’re more on cereal, bread, jam, or fruits. But, the baguette myth is absolutely true!

If you walk in any city around 12pm, you will see tens if not hundreds of people carrying their baguette for lunch. This is tradition and must not be criticised.

#3: French people are NOT rude.

People tend to think the French are generally rude. Like everywhere else, even if some are, we are not all rude.

However we do lack English-speaking skills, which means some people have a limited way to communicate with strangers, and this can be seen as rude. For example, a waiter in Paris might only know basic English words relative to his job, so he would not be able to ask you about your day, where are you from or what did you think of the food.

#4: Some things are NOT really from France nor are they ‘French’.

So many things are so-called “French” in English that are truly not.

For example, French toast was born in Austria (and we call it “pain perdu”, meaning “lost bread” — don’t ask), French fries are from Belgium, a French escape is called in French: an Italian escape.

There are so many things that are supposedly French things but are not from France at all, and we sometimes have no idea that they’re supposed to, resulting in some awkward conversations with foreign people who assume we “French kiss” everything that moves!

That is a fact, and as a result, many French people don’t actually know how to spell properly. French expressions sometimes make no sense, and the use of gender confuses most English natives.

For example, a chair will be feminine, while a stool is definitely masculine. “Tu as un poil dans la main”, meaning “You have a hair in your hand” means “You’re lazy” — and so on and so forth.

So… good luck to everyone learning French!

#6: French girls are NOT hairy or dirty, compared to some old clichés.

For some reason, the French are supposedly classy and elegant YET hairy and smell awful.

While I don’t really understand the paradox, I can assure you French girls aren’t hairier nor do they smell worse than your average American or Finnish girl. In France, we actually do have this same cliché about other countries, namely Germany and Portugal, but I’m sure that’s not a fact either.

#7: We use various pronouns to address others.

In French we use different pronouns to address a friend and a person we don’t know or older than you. It’s a way to be polite and even though everyone will forgive a non-native French speaker for making a mistake, it’s usually not ideal to call you French father-in-law “Tu” as you would call you best friend.

Instead, use “vous” and the according verbs…. Once again, good luck.

French people are known to be lazy around the world. While we do have a 35 hours work week maximum and we do strikes A LOT, France is actually the 4th most productive countries in Europe, ahead of the UK and Germany!

We don’t work hard, but we work smart.

#9: The French have a very particular humour.

Such is true to a certain extent. We do enjoy, for the most part, a dry and sometimes offensive humour, similar to the UK for example. But I can understand that some American people can find it a little bit inappropriate, but we just try to not take ourselves too seriously!

#10: French people can be extremely proud.

While we are usually the first ones to criticise France, our government, and our fellow Frenchies, we do not authorise anyone who isn’t French to do the same.

Disneyland® Paris Ticket Go to one of the happiest places on earth! 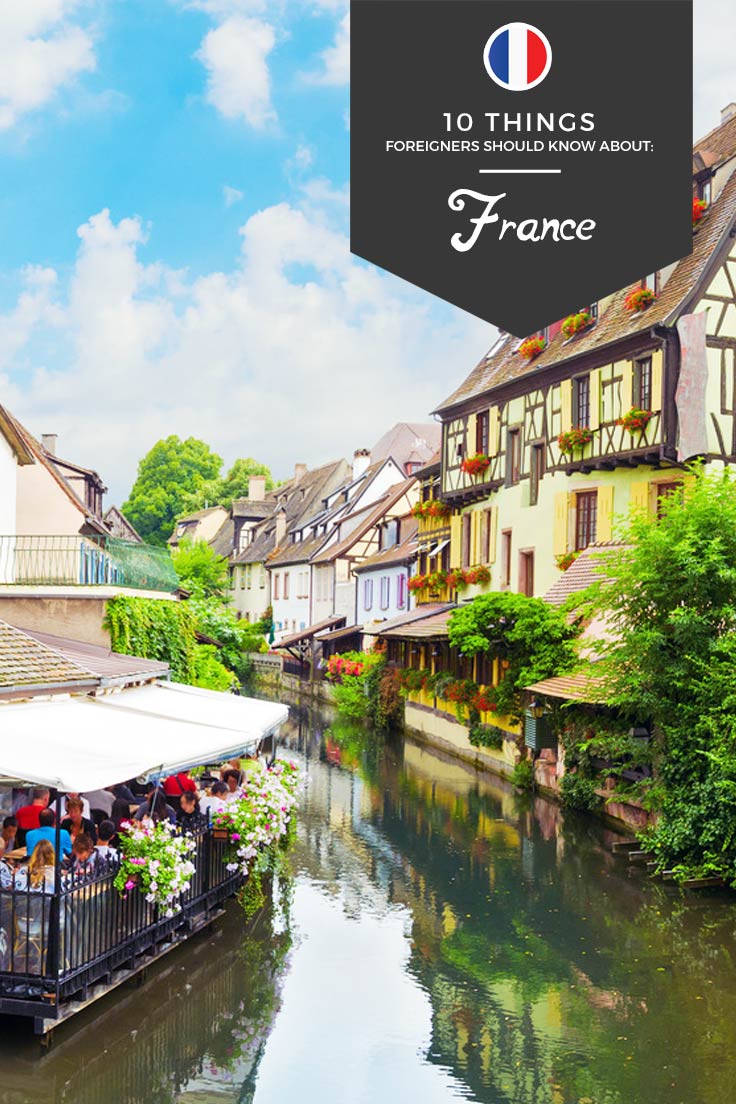 If you’re from France like Anne, do you agree with the 10 points that she wrote about your country? Maybe you have something to add too?

Sure enough, most of these facts are things that I have either learned from my French friends or have confirmed from my travels to France. So for the foreign Francophiles out there, I hope this helped educate you about a thing or two of the country that you’ve come to love.