In case you missed my announcement, this post is a part of my monthly series wherein locals from all over the world will be writing about 10 fun and interesting facts about their home country! (To keep an eye out for the succeeding countries that will be featured next, you can click and save the link from the banner below…)

For today — as the title goes — we will be learning about the Netherlands from Lotte Eschbach, a local who is my guest writer for this piece. Now, I have visited this beautiful destination for numerous times already and I can tell you that there’s absolutely MORE to the Netherlands than its world-famous capital of Amsterdam (and its Red Light District and “Amsterdam Coffeeshops”).

.
[special_font size=”20″ unit=”px” ]What to Do in Netherlands?[/special_font]
[icon icon_size=”30″ color=”#ed2665″ spinning=”no” icon_type=”theme-icon” icon_theme=”question-circle” circle=”no” rotate=”normal” ]Come and check out this list of the top things to do in Netherlands which features the best activities and tours to do in places like Amsterdam and more! 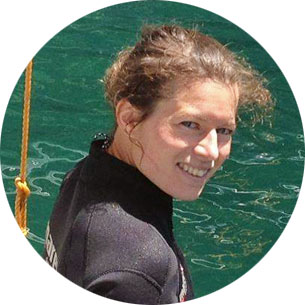 My name is Lotte, born and raised in the Netherlands but trying to explore as much of the world as possible despite having a full-time job. In 2015, a lifelong dream came true: a 5-month trip around the world and it was the best thing I have ever done! Travel had changed me, it made me reconsider my priorities and made me value different things in life… And that is the reason why I created the ‘Phenomenal Globe Travel Blog’: to inspire other people to travel and help them plan their trips!

In 2016, I also started a new section on my blog called ‘Lotte goes Local’. This part of the blog is dedicated to my home country: the tiny but beautiful Netherlands! I will share hidden and off the beaten track places about the Netherlands, how to get around, the typical Dutch food such as ‘bitterballen’ and so much more!

…I hope I can make you fall in love with the Netherlands. ;)

Now for a brief introduction: the Netherlands is a tiny country (~41.000km2) in Western Europe with a population of over 17 million. Amsterdam is our official capital and Dutch is the official language. We like to call ourselves ‘the Dutch’ and are known around the world for our cheese, mills, and flowers. With over 400 people per square kilometer, the Netherlands also has the highest population density in Europe and is the 5th highest population density in the world.

Additionally, there are other things that you should know about the Netherlands and its people…
.

#1 FACT: Dutch people are the worst in the world when it comes to queuing!

I travel by train every day. I have done this ever since I was 14 years old and I commute to my work by train every single day (well okay, not on the weekends off course, that would be stupid). But it never really struck me as strange that the Dutch way of entering a train is to push as hard as you can to secure yourself a seat… Even if that means that people getting out of the train are having an impossible time to do so. But after living in London for 4 months, I realized that this behavior is actually quite strange. Some might even call it rude.

The British on the other hand have practically invented queuing. When I was queuing for a day ticket for Wimbledon, I received a 25 page booklet titled: ‘The Guide To Queuing’. LOL.

Anyway, if you are visiting the Netherlands, I would like to apologize for our non-existent queuing behavior. It’s just really not our thing.

#2 MYTH: Everybody in the Netherlands is high all the time!

I love meeting people from all over the world during my travels and one question that always comes up is “Where are you from?” As soon as I mention that I am from the Netherlands, people will start asking if I have marihuana or if I often go to a ‘coffee shop’ and how often. Well… I go to a ‘coffee shop’ almost every day — to get coffee! NOT drugs.

Truth be told, most Dutch people do NOT even smoke weed.

#3 FUN FACT: Dutch people are the tallest in the world

There is a theory that this is caused by the huge amount of milk we drink — which is on an average of 320 liters per person each year!

#4 TYPICAL DUTCH: Paying for your own — and only your own!

Apparently, this is also a very ‘Dutch’ thing. I realized this during my recent trip to Paris where the friends we were staying with insisted on paying for pretty much every drink that we had.

In the Netherlands, if you go to a bar with friends, it’s very common to pay only for the drinks you had. And if you’re with a very gutsy group, you might even split the bill equally! Meaning you might end up paying €1 or €2 more than you actually drank… Imagine that!

Keep this in mind before you go out drinking with a Dutch person;-)

Aileen says: There is actually a term for this and it’s called “Going Dutch” which perfectly describes what Lotte has described here – each person pays for themselves, rather than paying for anyone else; otherwise, the bill will be split equally. This can also be called as Dutch date, Dutch treat, and “doing Dutch”.

In the Philippines, we call this as ‘KKB’ or kanya-kanyang bayad. Apparently, in Middle Eastern cultures, this kind of practice is seen as being extremely rude since a host who extends the invite is expected to pay the bill. And well… somehow, this kind of outlook is adopted by us in the Philippines too; but we’re not so firm about it, that’s why people will often mention KKB to warn others not to expect otherwise when they’re invited, haha!

Photo by Vladimír Šiman / CC
As a country that lies 25% below sea level ,we are at a continuous battle with the ocean. Okay… I may be exaggerating a little, but it is true that maintaining the dikes is a very high priority in the Netherlands.

Did you know there are 80.000 kilometer of dikes in the Netherlands? But it’s not only the dikes that are protecting us from the sea because we also have the Deltawerken (or Delta Works) which are even sometimes called as an ‘eighth wonder of the world’ — but mostly by Dutch engineers I think, since they are very proud of this project.

The crown of their clever engineering work is the Oosterschelde Storm Surge Barrier (Oosterscheldekering), a series of enormous sluice gates that can be closed during storms or extremely high tides. The barrier is three kilometers long and consists of 65 concrete pillars.

I have to admit that is pretty impressive!

» READ: Netherlands’ Delta Works: One of the 7 Wonders of the Modern World

Yup, we sure love our bikes!

On average, each person in the Netherlands rides his or her bike 300 times a year and cycles about 878 kilometers. There is roughly 35.000 kilometer of bicycle tracks and the prettiest one would have to be the 600 meter long path near Eindhoven, which is an ode the ‘Sterrennacht’ (The Starry Night), a painting made by the famous Dutch painter Van Gogh who lived in that area of the Netherlands.

#7: Orange is our national color

The Dutch royal family is officially called ‘the House of Orange-Nassau’ and their traditional color is… orange (duh).

The Netherlands are a monarchy and the current King is Willem Alexander. He is married to Queen Maxima who was listed in the Vanity Fair Best Dressed list of 2014! Together, they have three daughters: Amalia, Alexia and Ariane. So the next Dutch monarch will be a queen (again). Anyway, the reason I wanted to tell you about orange being the national color is because there is…

Photo by Screenpunk via Flickr / CC
Usually, Dutch people are very down to earth. There is a Dutch saying ‘Doe maar normal, dan doe je al gek genoeg’ which translates into something like ‘Just act normal, that’s already crazy enough’.

I say this usually too, but….

NOT during the European or World Football Championships! Because then, that’s when we go totally nuts!

The whole country will be decorated in orange: orange hats, T-shirts, scarfs, dresses and any other clothing item imaginable. But not just clothing! The entire streets are also decorated with orange flags, orange balloons and other orange adornments. The whole country watches the football matches and we are absolutely euphoric when we win.

…On the other hand, we enter into a collective depression if we are eliminated. 2016 is a sad year for the Netherlands because for the first time since 1984, the national team didn’t make it through the qualifications of the European Championship that will be held in France next year.

Children in the Netherlands are among the happiest in the world according to UNICEF, and I totally understand, because do you know what they eat for breakfast?

Yes, you read that correctly: Dutch children eat chocolate for breakfast. Every day! Who wouldn’t be happy, right?

#10: We celebrate Sinterklaas more instead of Christmas

Sinterklaas is a Dutch traditional feast celebrated with family and friends on the 5th of December. Children get lots of gifts (if they have been sweet), eat pepernoten, and then eat letters (usually the first letter of their name) that are made of chocolate!

Another Sinterklaas tradition is writing a poem for the person you are giving a gift to and these can be pretty hilarious as it is customary to make a little fun of that person. But usually, it ends with a sweet note though as we give well wishes for that person in the year to come.

TRIVIA: If we have Santa Claus, the Dutch have Sinterklaas or Sint-Nicolaas. He doesn’t have reindeers but he does have a white horse called as ‘Amerigo’. He doesn’t have dwarves, but he has ‘Zwarte Piet’ who is usually portrayed by a man in blackface with black curly hair dressed in colorful attire.
.
[box_title class=”” subtitle=”” subtitle_font_size=”15″ font_size=”20″ border_color=”#ed2665″ animation_delay=”0″ font_alignment=”center” border=”middle” animate=”” ]OTHER NETHERLANDS ACTIVITIES[/box_title]
Countryside & Windmills Tour Quick detour from Amsterdam!
Van Gogh Museum Meet Vincent Van Gogh and step into a world of art!
Amsterdam Canal Cruise A leisurely tour around the city canals!
. If you’re from the Netherlands like Lotte, do you agree with the 10 points that she wrote about? (I may not be Dutch, but after several trips, I can totally agree to almost all of what she says!) Nevertheless, the Netherlands truly is a wonderful and interesting country and it’s a joy to be able to learn more about it!