Hong Kong is, without a doubt, a haven for foodies with its mix of Cantonese cuisine and Western-influenced dishes. There’s also a dizzying amount of dining options available — from hole-in-the-walls, cha chaan teng’s (known for their affordable Hong Kong food menus), to Michelin-starred establishments.

With that said, hungry travelers will enjoy this collection of the most delectable local eats this side of Asia!

Photo from AKKHARAT/Shutterstock
One can’t go to Hong Kong without experiencing yum cha, the Cantonese tradition of drinking tea and snacking on dim sum or steamed dumplings. To kick it off, you can start with delicious servings of har gow or hau kau. Take a bite of the sleekly wrapped dumpling that contains small pieces of shrimp and sometimes, a little bit of pork.

Truth be told though, any kind of dim sum will be a joy to eat: the quintessential siu mai, xiaolongbao, chicken feet, and so much more!

Photo from Simon Poon/Shutterstock
This iconic street food is made of fried fish meat molded into a ball, usually flavored with curry or served with a dash of spicy or sweet sauce. I love munching on this snack in night markets!

For a more filling eat, fish balls can also be eaten with noodles and soup for a filling meal.

Photo from Eunice Yeung/Shutterstock
This classic dim sum, which literally translates to “intestine noodles”, is named after its rope-like shape — but don’t worry, it’s not made of what the name means.

Cheong fun is actually made of silky smooth steamed rice sheets that are rolled with a mixture of beef, shrimp, char siu (barbecued pork), and vegetables. The steamed rice rolls are then served with a combination of sauces — and it’s actually one of my favorites! Definitely a must-eat Hong Kong food.

Photo from prasit2512/Shutterstock
Sample this tasty dim sum that consists of glutinous rice, chicken, pork, and Chinese sausage all wrapped in a lotus leaf.

It is absolutely steamed to gooey perfection, and just a whiff of the fragrant rice is enough to keep you wanting more!

Where best to eat it? Tim Ho Wan found in several locations

Photo from HelloRF Zcool/Shutterstock
Indulge in this mouthwatering signature dish of Cantonese origins! After all, roast goose is where the meat is marinated in a blend of spices, and then roasted until golden brown. You will love every bite on this Hong Kong food that is a mixture of crispiness and tender goose meat.

Photo from Maggiezhu/Shutterstock
Char siu is a Hong Kong dish where you can savor juicy strips of boneless pork marinated in soy sauce, hoisin sauce, honey, and a blend of spices.

Enjoy your char siu with a hefty serving of rice, noodles, or sandwiched inside a bun.

Photo from bonchan/Shutterstock
Dig in to this traditional Cantonese dish that’s made up of white rice topped with carved pork, chicken, beef, smoked sausage, shallots, and a special sauce.

The mixture is enclosed in a clay pot, and then slow-cooked over a charcoal stove which gives it a distinct smoky flavor. The best part? It is the crunchy rice crust that forms on the edges!

Photo from HelloRF Zcool/Shutterstock
The typhoon shelter crab is said to have originated from a community of people in a sampan (boat) village who brought in fresh crabs from the Harbour, after which, they set up shop in typhoon shelters, frying up these mud crabs with loads of garlic and spices.

As a Hong Kong food, you will enjoy the juicy, spicy crab flavored with scallions, chili peppers, fried garlic, and fermented bean sauce.

Where best to eat it? Under the Bridge Spicy Crab found in Shop 6-9, G/F, 429 Lockhart Road, Wan Chai

Photo from Nickola_Che/Shutterstock
Relax with a piping hot bowl of wonton noodles. This ubiquitous dish combines delicious egg noodles and dumplings filled with shrimp and minced pork. You’ll love the taste of the flavorful broth that comes with some chopped green onions for a soothing meal.

Photo from Aaron Lim/Shutterstock
Chow down on tender beef brisket served with rice or wheat noodles and a flavorful beef broth. A variation on this hearty noodle dish is called brisket curry, where shredded brisket and tendon swim in a delightful curry-enriched soup.

Photo from Studio Peace/Shutterstock
Treat yourself to this delightful street snack after exploring the streets of Hong Kong!

These are bubble-shaped waffles that are crisp on the outside and fluffy and chewy on the inside. You can opt for the classic version or try different flavors like matcha and chocolate. For an even sweeter treat, add in a scoop of your favorite ice cream!

Photo from JN_HK/Shutterstock
Enjoy the play of different textures in this Hong Kong classic with a pineapple-like appearance. A mix of sugar, eggs, flour, and lard is used to create a crumbly surface on the outside. Inside, the bread is soft and fluffy – perfect for breakfast or an afternoon snack.

Another version of this sweet snack is called boh lot yaau, which has a slice of butter in between.

Photo from MosayMay/Shutterstock
Have your afternoon tea with some tasty egg tarts which usually has two varieties available : the classic shortcrust egg tart with silky custard encased in buttery pastry, or the puff pastry egg tart which has a flakier shell.

Where best to eat it? Tai Cheong Bakery found in 35 Lyndhurst Terrace, Central and several other locations

Photo from ephst/Shutterstock
Another popular hawker fare, put chai ko or bowl pudding is a bite-sized steamed cake made of glutinous rice flour with white or brown sugar and red beans.

It’s quite a popular Hong Kong food desserts and sweet to the taste.

TIP: For another kind of pudding, the steamed milk pudding is an excellent palate cleanser.

Relish in the velvety smooth custard, which can be topped with red beans, lotus seeds, or fruits. Its unique texture is achieved with a special steaming technique that forms a sheet of milk on top.

Photo from HelloRF Zcool/Shutterstock
End your meal on a sweet note with everybody’s favorite drink: Hong Kong-style milk tea. For this, ceylon black tea is brewed multiple times to enhance the flavor. Tea is blended with milk and sugar, then strained through a silk stocking for a creamier texture.

But what makes Hong Kong milk tea different? The beverage leans more toward the milky side, yet still full-bodied and bittersweet.

Where best to drink it? Lan Fong Yuen found in 2 Gage Street, Central 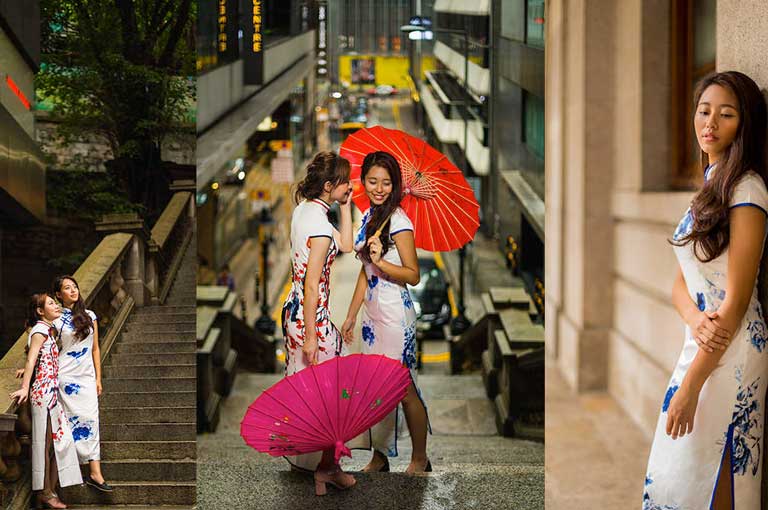 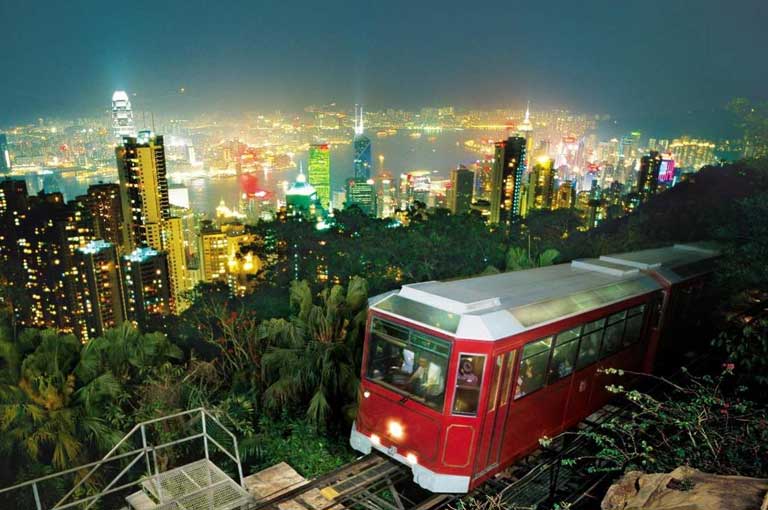 Experience the best of Hong Kong food cuisine and sink your teeth in the city’s must-eat dishes above! 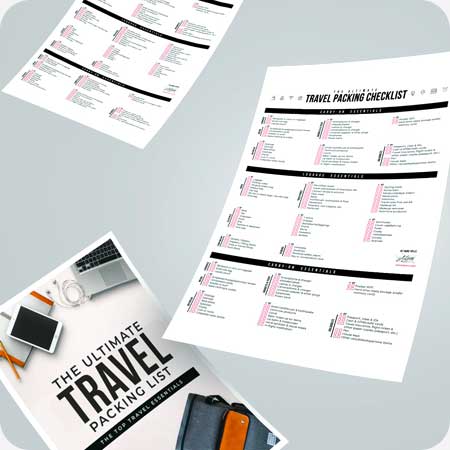 WANT TO PACK FAST & LIGHT FOR ALL YOUR FUTURE TRAVELS?

Get my 'Ultimate Travel Packing List' printable — for FREE.