Trending
Home » Blog » Travel Activities » Foodie Tours » Arigato Japan: Tokyo Walking Food Tour to Non-Touristy Spots in Yurakucho, Ginza, & Shimbashi
UPDATE as of 2019: The tour below has since been updated and you can see more details here. Also, don’t forget to use coupon code AILEEN10 when booking in order to get a 10% discount! (Yurakucho)

During my last day in Tokyo, I had two top goals that I wanted to accomplish…

As much as possible, I wanted to fulfill these two goals with only one special activity; therefore, I went on a frenzied search for the perfect walking food tour that there can possibly be in Tokyo! …That’s when I stumbled into the tour company: Arigato Japan.

With an aim of offering foreign guests the ultimate experience to enjoy Tokyo like a local with its unique packaged tours (that are limited to 12 people only at a time to maximize the experience), I just knew that I had to try them out — and I did!

Thanks to Arigato Japan, I was given the opportunity to go on a one-of-a-kind foodie adventure in the streets of Yurakucho, Ginza, and Shimbashi before I left Tokyo. Here’s how it went!

For this particular tour, we agreed to meet at around 5PM in front of Yurakucho Station’s Family Mart — which wasn’t difficult to find at all. Right on time, it was there that I met our bubbly English-speaking Japanese guide, Makiko Akimoto-san, as well as ‘Arigato Japan’s’ amazing owner and creative mind, Anne Kyle.

We spent a little time chatting and I instantly had the feeling that I will be in good company and that I was going to have an amazing ‘foodie trip’ for the night!

To jumpstart our adventure, we ventured out to the nearby restaurant district of Yurakucho which was built up under the JR Yamanote Line’s train track arches. Makiko told us that this was called as ‘Gado-shita‘ in Japanese which literally means “below the girder (steel beam)”, and this area is filled with small but authentic Japanese restaurants that are frequently visited by Tokyo businessmen and salarymen after work hours.

As we walked through this expanse, I couldn’t help but feel that I was transported back to the old Showa period of Japan given the string of charming narrow alleyways (yokocho), the wooden Japanese restaurant façades, the old Japanese movie posters plastered on the walls, and the striking spectacle of red lanterns (akachōchin).

I came to learn that the most of the eateries here in Yurakucho were izakaya (pubs) and yakitori (specializes in grilled chicken skewers) casual joints — however, there are also upscale restaurants like French wine bars, Italian restaurants, and German beer halls if that’s more to your taste.

I personally wanted to try something that a typical Japanese person would seek out for dinner when in Yurakucho, so we proceeded to a yakitori place called as Torikomachi -Yurakucho for our first meal.

…Right from the moment that we stepped into this establishment, I clearly realized the fact that tourists like me wouldn’t have ended up in such an authentic place like it, nor would I have understood the menu and conversed smoothly with the staff if not for the guidance and help of ‘locals’ like Makiko and Anne. THIS was the first of many instances that I was so thankful that I got on this tour!

TRIVIA: Yakitori literally means “grilled chicken” with yaki being the Japanese word for grilled, and tori being the word for bird or chicken. Japanese people love to pair this up with either beer or sake (rice wine).

Now of course, since yakitori is best paired with some alcoholic drinks, I tried a cup of nihonshu atsukan (a warm version of sake or rice wine) and a glass of cold umeshu (plum wine). Since I haven’t been drinking liquor for over 3 years, I found myself loving the plum wine more because of its sweet, fruity and non-strong alchoholic taste.

All in all, this yakitori stop at the charming town of Yurakucho was a lovely prelude to our 3-hour long walking food tour!

Moving on, we proceeded to hit the busy streets of Ginza which held a striking contrast to the olden and relaxed vibe of its neighbor, Yurakucho. Needless to say, this was an absolutely interesting change of pace!

TRIVIA: Ginza is said to be one of the most luxurious shopping districts in the world, making it a heavenly location for shoppers because of its upscale shopping scene full of virtually every big international brand that exists. To add, the price of land here is the highest in Japan and it can cost about 30 million yen (or around $260,000) per square meter!

Aaah… luxurious it truly was because Ginza was packed with one ostentatious building after another! Makiko also led us to the main shopping street called as Chuo Dori wherein we witnessed one of the iconic landmarks of Ginza: the Hattori Clock Tower on top of Wako building.

During our leisurely stroll, we stopped by a small store called as Ginza Akebono that sold several flavors and types of mochi (sticky rice cake) which were not only great-tasting but affordable too!

By the way, I noticed that this store had a lot of Japanese shoppers — that’s when Makiko told me a valuable tip about traveling in Japan: always buy from stores that are either crowded or have long queues of Japanese people because it typically means that the shop sells things that will be worth your time and money!

Before leaving the hustle and bustle of Ginza, I was whisked away to one last stop: Mitsukoshi. At first I was wondering: “What interesting thing can there possible be in this department store…?” That’s when Makiko introduced me to the wonderful world of depachika.

Made of the words depato (department store) and chika (basement), much like what the name suggests, a depachika is customarily located in the basement floor of department stores and you may as well call them as ‘food markets’ because I found out that it is in here that you can see a VAST variety of dishes and snacks — which can really serve as a great introduction to Japanese food!

Most of the things here are not cheap though (imagine, I saw a melon that sells for $500!!!) BUT you are always free to try samples if there are any. Nevertheless, visiting a depachika is a very interesting experience in itself and I was glad that I was introduced to this place where tourists wouldn’t normally end up in.

Now, we headed off to our last stop and ‘eating affair’ which was somewhere near Torigin and Shimbashi. In here, I was introduced to one of the traditional dishes in Japan: kamameshi (“kettle rice”) which is a rice dish (with meat and vegetables) cooked in an iron pot called as ‘kama’.

This was a very savoury dish and Makiko told me that the slightly burned rice at the bottom is one of the best things about kamameshi because it adds a desirable flavor to it overall! At the same time, she also taught us how to properly eat the special tamago (Japanese omelette) that the restaurant gave as a starter as well as how to properly hold a chopstick and a bowl together.

To get a ‘peak’ into our whole food tour from Yurakucho to Ginza and Shimbashi, you can also watch this video (vlog) that I made:

Before bidding goodbye, I managed to find out more about Anne’s company and I discovered that Arigato Japan also offers other amazing tours and courses (such as a sushi-making workshop!)

Sure enough, going by what I have experienced with them, I can absolutely recommend their company as well as the other services that they provide which are as follows: 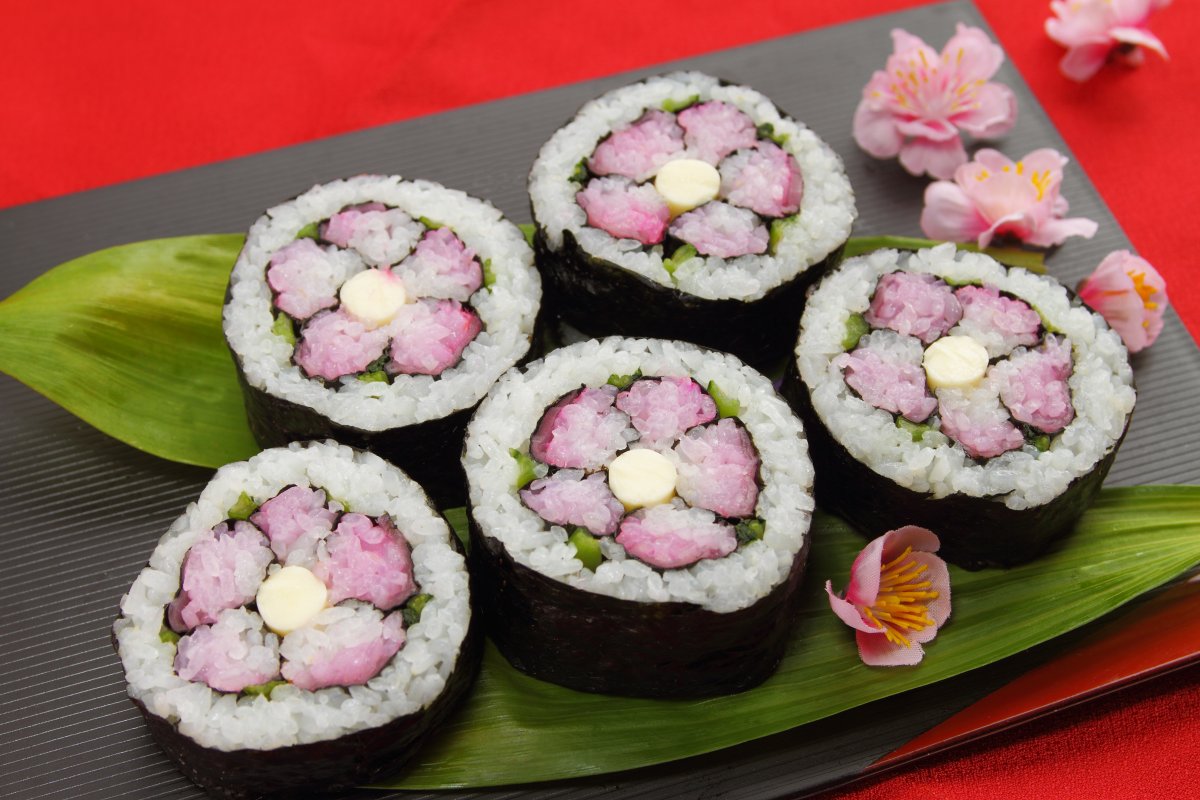 ***Given that they are a new company, do expect more tours and workshops to be offered all over Japan!

Tokyo can be a dizzying city to explore as a first-timer and food-lover — there’s not only the language barrier, but there’s also the existence of over THOUSANDS of restaurants to choose from!

So if you want to save time and effort and be accompanied by an English-speaking local that will take you on a whirlwind of fulfilling gastronomical experiences, the unique tours of Arigato Japan is the best option for you! I had a great time with them and I bet that you will too! BOOK NOW WITH ARIGATO JAPAN

Many thanks to Arigato Japan for providing me with this complimentary tour! Still and as always, all views that are expressed here represent only those made by myself and NOT of any other entity in their favor.

Best Hotels in Tulum, Mexico: From Cheap to Luxury Accommodations and Places to Stay

From luxury all inclusive resorts to cheap hostels, here are the best hotels in Tulum that will offer you the best Caribbean experience!

No matter their interest or hobby, you can find the perfect ideas on unique gifts for mom in this gift guide for Mother’s Day!

Best Hotels in Siargao, Philippines: From Cheap to Luxury Accommodations and Places to Stay

(Where to Stay Guide) Check out this list of the best hotels in Siargao Island, Philippines—from cheap hostels to luxury resorts!

Best Hotels in the Maldives: From Cheap to Luxury Accommodations and Places to Stay

Plan the ultimate getaway as you choose from these best hotels in the Maldives — from cheap places to stay to lux water villas!

Save more of your time with these 20 Google BEST Chrome extensions for productivity when it comes to blogging, SEO and social media tasks.